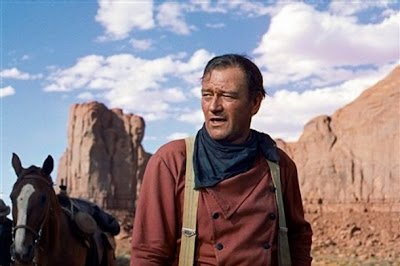 played by John Wayne in The Searchers

It’s not easy watching John Wayne, that champion of nobility, spouting racial hatred and talking about killing his own niece. Perhaps that’s why director John Ford cast him in the role. Wayne’s stoic image needed a little bit of tarnishing, and both men were more than happy to do it. The result is a complex character who gains and loses our sympathy with each passing action.