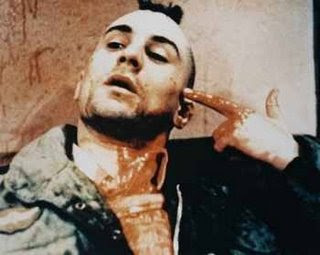 His Mohawk makes him a punk rock icon. His desire to clean up the streets makes him a precursor of Giuliani Republicans. His taunting himself in the mirror made him one of the most quoted movie characters of all time.