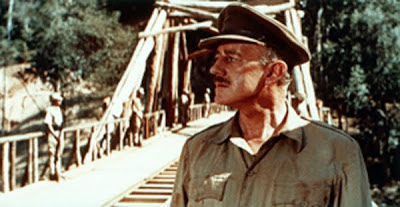 played by Alec Guiness in The Bridge on the River Kwai

Even with the most honorable of intentions, it’s possible to miss the woods for the trees. As Colonel Nicholson embraces the idea of British honor and duty, he soon finds himself helping the enemy as a matter of “principle.” Played by Alec Guinness as a man of nobility and conviction, Nicholson is a man whose side we’re on right up until the moment he realizes he’s on the wrong side.