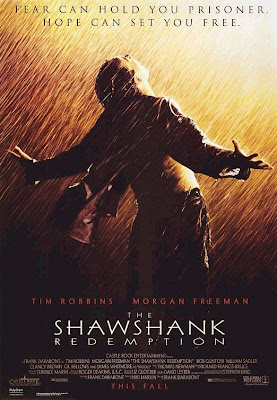 directed by Frank Darabont
There are few movies almost everyone can agree on, but The Shawshank Redemption is one of them. It is a great and powerful film about the redemptive power of friendship. Taking place over the course of many years, Frank Darabont’s masterpiece puts together a surprisingly smooth collage of characters and experience, with the relationship between Tim Robbins and Morgan Freeman providing its core. The film is episodic but not disjointed, and there are numerous powerful sequences. I think of Robbins taking over the warden’s office to play music. The inmates drinking beer on the hot roof. And of course, the final 20 minutes of the film are about as perfect as cinema gets. There is catharsis, there is a great reveal, there is the culmination of every idea the film has presented up to now, and the final moment of the film, with Freeman’s great narration soothes us as it stirs with our hearts. This is a great, great film.