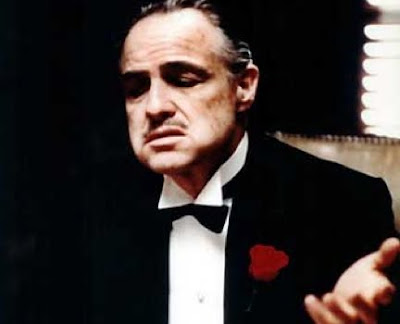 played by Marlon Brando in The Godfather

Marlon Brando’s physical transformation to play Vito Corleone is almost as astonishing as his emotional transformation. Vito seems like a gentle, benevolent grandfather, which makes it all the more harrowing when he’s ordering a horse’s head be cut off or a person murdered.  A man deeply familiar with his own flaws and moral compromises, Vito has made the ultimate sacrifice; he has condemned his own soul in hopes of saving those of his children.