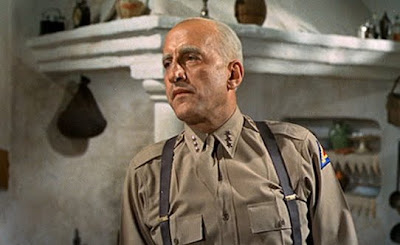 A sledge hammer of a man, George Patton was undefeated on the battlefield. His ego was matched only by his military brilliance. In a breathtaking performance by George C. Scott, Patton watches with confusion as his world starts to change and he becomes more obsolete by the minute. For all his strategic genius, the one thing that Patton failed to see was that, by far, his worst enemy was himself.