I Have a Bad Feeling About This, by Daniel Bergamini 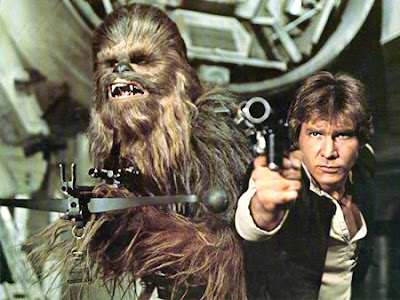 Since elementary school I have been obsessed with film, but there has always been one film series that brought my bona fides as a film fan into some question: Star Wars. It is not that I disliked the films but rather for some unknown reason I never saw them.

It is fair to say that most kids would have seen the films from their parents showing them, however mine never did. They opted for the Indiana Jones trilogy. I’m not sure what it says about my parents, but, for me, it was the Jones films that captured my imagination while Star Wars remained a series of films I knew only due to the prequels.
As I got older and began to realize Star Wars‘ importance in pop culture, I decided I wanted to experience the films correctly. But years passed and no screenings ever took place in my local cinemas, so I finally gave in and watched A New Hope for the first time. After watching this film, knowing that it is one of the most beloved films of all time, I almost felt guilty for not liking it. While I certainly did not hate it by any stretch, I simply did not feel the magic that millions of others have and still do feel for it.
Immediately after the credits began to roll the fact that I did not connect with the film started to bother me. What was a mediocre film to me was a revolutionary film experience for others, and I wish I could have shared this feeling. What kept me from enjoying the same passion that so many others felt for the film? Has it aged too fast; or was it hyped into oblivion? I do not think that either of those are the case, but rather maybe because I lost my chance to fall in love with this universe.
As a kid seeing this film would have been both breathtaking and revolutionary, but as an young adult it came off as mediocre and stale. It wasn’t the visuals, which even today still look great. In fact, they have aged considerably less than the prequels. The hype did not affect my experience either, as I have sat through both Citizen Kane and Lawrence of Arabia recently and neither of those were effected by the hype. Rather, the problem appears to have been that, by this time, through secondary sources, I have seen all these scenes before; heard all these references again and again, without truly understanding them.
As much as I wanted to enjoy this film and be taken into the world it created, I just couldn’t. Certain aspects of the film I loved, such as the Han Solo and Chewbacca characters, but overall it just did not click for me. I found myself more interested in the influences that Lucas had when making A New Hope. From Akira Kurosawa to westerns to Lawrence of Arabia and 50s war films, all of these are obviously huge influences on Lucas and, as a film fan, it is fun to spot them, however that did not equal to a enjoyable experience.
George Lucas’ Star Wars is the first film I reviewed where I consciously took into account not offending the fans. I did this not from fear of backlash but rather from understanding the affection that people have for this film. I cannot say how I feel about the trilogy as a whole, as I have yet to view the two others, but I wanted to give my impressions of A New Hope without being tainted by the other two films.
I certainly wish I could have fallen for Star Wars, but I would have needed a child’s eyes. Watching it as a young adult, 30 years after the fact, the magic was gone.