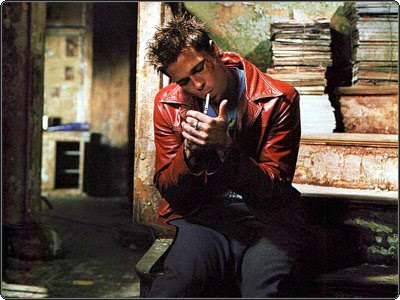 I don’t know exactly what Empire Magazine is. I had to look it up. Apparently, it’s a publication devoted to the various aspects of the entertainment industry. I’m sure they’re multi-faceted, but, if one takes a quick glance at the Wikipedia entry, it’s clear that they’re mostly known for releasing a list every once in a while. “The Best Movies Every Made.” “The Best Directors.” Most recently, they’ve released “The 100 Greatest Movie Characters.” Based on what I’ve read, it appears that the list is largely compiled from what their readers have sent in.

I can believe that. When glancing at the list, it looks less like a “100 Best” and more along the lines of “100 Characters We Like.” One could say that they’re one and the same, and I would be inclined to agree, if the magazine itself had put the list together. Instead, they relied on a bunch of people who believe Napoleon Dynamite and Ron Burgundy to be two of the best film characters of all time.

What’s more; Ron Burgundy is one of the two Anchorman characters to show up. The other was Brick Tamland, played by Steve Carell.
Incidentally, you know who didn’t make the list? The Little Tramp. And here’s where the problem comes in.

The average American moviegoer hasn’t really seen a lot of movies made in another country or before they were born. They only see what they’ve heard about or what is readily available to them. This means that foreign films and classics are largely neglected. There are a few here and there that everybody has seen, such as It’s a Wonderful Life and Casablanca. If a person makes the effort to seek out and watch an older movie, such as The Godfather or Taxi Driver, it is because it has been recommended to them. Aside from those few, the only movies that really matter are the ones that are happening now.

It’s no mistake that, on a list compiled in 2008, the vast majority of characters trumpeted as great first appeared after 1990. This is especially notable when we observe that, coming in as the third greatest movie character of all time, is Heath Ledger’s Joker from The Dark Knight. Wow. What are the odds that the most memorable character in the biggest movie of 2008 would place high on a list of great characters put together in 2008?

Here is where Empire Magazine missed an opportunity. As stated, the only older movies that some people will see are those that are recommended to them. Most often, the only older movies that are recommended are those that would be considered “awesome.” These are films that, while made several decades ago, are similar in tone or execution to films made today. These include Scarface, The Godfather, or Dirty Harry. Other films are often happened upon due to their cult status, such as A Clockwork Orange or Withnail and I.

One can hardly fault the moviegoer when supposed movie-loving magazines such as Empire choose to reflect the taste of the culture, rather than try to shape it. There are literally dozens of wonderful characters that appeared in film between the years 1915 to 1980. Characters like Harry Lime, Phyllis Dietrichson, Harry Powell, Frankenstein’s Monster, Howard Beale, and Annie Hall. And those are just characters from American films. The list grows almost exponentially when including foreign films, such as M, The Seventh Seal, The 400 Blows, The Bicycle Thief, and Nosferatu.

These are films and characters that many people don’t know about. That’s not to say that they wouldn’t like them. Perhaps audiences would be more willing to try out foreign or classic films if magazines such as Empire took the time to make a real list. Perhaps what’s even worse is that, in putting the list out, with “1OO GREATEST MOVIE CHARACTERS” splashed across the screen or page, it legitimizes a list that, frankly, is based in ignorance and laziness. Sure, we all like Doc Brown from Back to the Future, but is he really one of the best movie characters ever? Ben Stiller’s character from Dodgeball? Donnie Darko? Blade?

In claiming that these are truly the greatest characters ever created, Empire is solidifying what many audiences had a sneaking suspicion about all along: that the movies made now are superior to those made forty or fifty years ago and that, really, they aren’t missing much by avoiding them. This is on par with an English teacher recommending Nicholas Sparks, Stephen King, and John Grisham over Steinbeck or Dostoevsky. And, hey, who cares about that guy Beethoven? He’s dead and, thus, irrelevant. Better to listen to the Jonas Brothers; they’re vibrant and hip.

By putting together a real list of truly great and memorable characters, Empire could have opened a door for a lot of movie fans. It could have introduced its readers to movies they never would have seen or heard about otherwise, but would wind up loving. Instead, it chose to name Tyler Durden- a character with no discernible emotional arc- as the best film character to ever exist. This must be what it looks like when the doctors let the lunatics run the asylum.