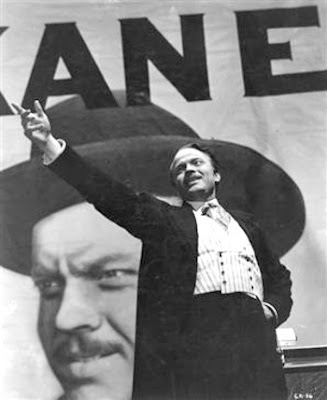 A gargantuan figure, it would be easy to reduce Charles Foster Kane to the larger-than-life image than you see above. To be sure, the character is a huge force in the world he lives in, but he is also just a man. He loves, he laughs, he hurts. His motives are a mystery to everyone, perhaps most of all himself. Kane clearly never really feels complete and spends his whole life trying to fill whatever void is inside him. Perhaps if he buys another statue or builds a mansion or marries that girl. But nothing works. Because, due to his wealth and upbringing, Charles Foster Kane never realizes that certain holes can never be filled by taking something, but by giving. And not giving large amounts of money, but of yourself. At once Shakespearan, yet unmistakably American, Kane is the greatest character in film history, both because of what we do know about him and what we don’t.