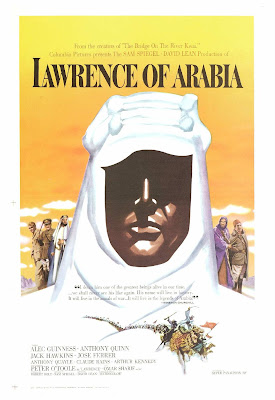 directed by David Lean
In order to fit a man in the same frame as the mountain he’s climbing, you’re going to lose most of the detail in the man. David Lean somehow found a way around that rule when he made Lawrence of Arabia, an epic film that is also intensely personal and intimate. It’s a film about identity, purpose and a man’s place in history. It’s also a film about a camel approaching the camera across the desert in glorious widescreen.