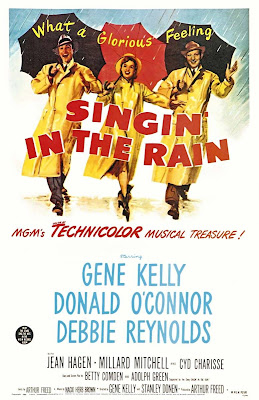 directed by Stanley Donen
Singing’ in the Rain is one of those old-school musicals where someone had a bunch of songs and decided to write a story around them. But when Adolph Green and Betty Comden were handed the songs that make up this film, something about those limitations inspired them. They went on to write perhaps the all-time best movie about movies, peppering the screenplay with jokes that rival the wonderful songs. People who think they don’t like movie musicals just haven’t seen Singin’ in the Rain yet.