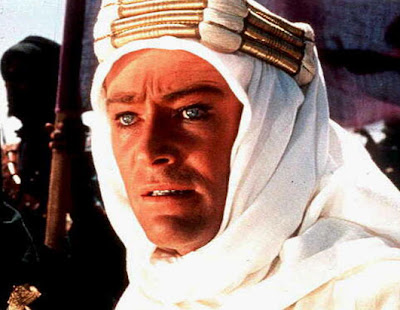 played by Peter O’Toole in Lawrence of Arabia

Perhaps no man is an island, but T.E. Lawrence, as played by Peter O’Toole, is, at the very least, a nation unto himself. He aligns himself with whomever he pleases, both politically and, in the subtle ways one should expect from director David Lean, sexually. A breathtakingly epic film manages to balance itself on the inner life of one great but troubled man.