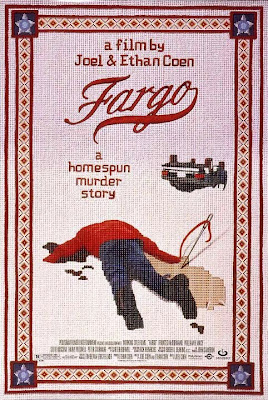 directed by Joel and Ethan Coen
Fargo begins with a title card asserting that what you are about to see is based on a true story. Of course, that’s a complete lie but it sets up the Coen brothers teasing relationship toward their audience. They continue the pranks by delivering a serious and seriously disturbing crime drama that is also one of the most darkly comic films to ever come out of America. Need proof? The image of a human foot sticking out of a woodchipper is simultaneously nauseating and one of the movie’s biggest laugh out loud moments.