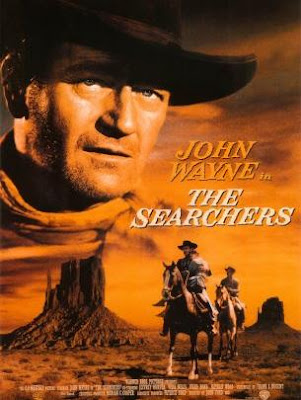 directed by John Ford
When we think of the 1950’s, we think of a time when America often wasn’t honest with itself. The nation’s television and advertising tried to present an ideal of pleasantness and contented conformity. So did most of its movies. But The Searchers stands out with an honesty that is literally brutal, placing John Wayne’s Ethan Edwards as a symbol of what America is and how it got to be that way. He may be a stoic racist and a man of violence but he’s a strong and capable leader and that makes him our hero. Would we follow him? It makes no difference now, as the generations before us did follow him and a thousand men like him. Like it or not, he’s the reason we are what we are.