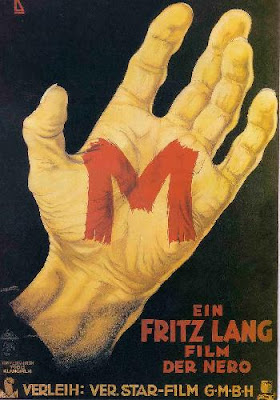 directed by Fritz Lang
It was a bold move for Fritz Lang to center a story around a child murderer, but it was downright courageous to approach said murderer with the kind of humanity we find in M. Played with just the right amount of revulsion and pathos by Peter Lorre, Hans Beckert’s struggle is portrayed as being more complex than anybody could ever imagine. A landmark of German Expressionistic filmmaking, M makes the audience feel as though the walls are closing in, trapping us. In other words, it puts us in the exact same position as the murderer, forcing us to sympathize with a person we’re much more inclined to condemn.