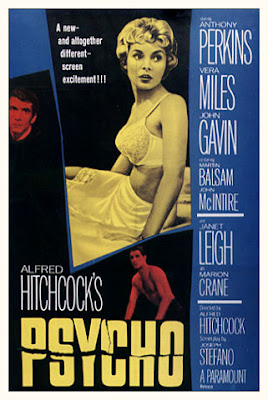 directed by Alfred Hitchcock
From the routine dime-novel opening sequences of Marion Crane stealing money and skipping town, we eventually drift into the darkest corner of Alfred Hitchcock’s imagination. Known mostly for its bloody shower scene, shocking on a near-subliminal level, the director’s terrible preoccupations fill every scene with a paranoid anticipation that plays more like dread than suspense. So closely does Hitchcock hew the film’s point of view to the murderer Norman Bates, and so convincingly does Anthony Perkins play the character’s pathetic, diverting tics, that we are eventually made to feel something like compassion for him, and before we realize it, we are complicit in his horrifying crimes.