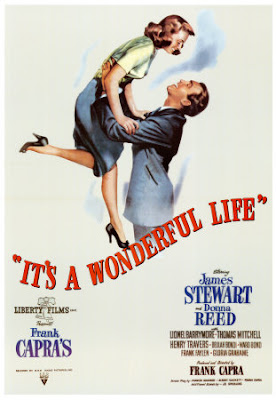 directed by Frank Capra
Our memories of this uplifting film seem to gloss over the fact that it’s initially about a guy who’s gotten the short end of the stick so often in his life that he wants to kill himself. The movie keeps it light, though, with Jimmy Stewart’s most charming performance (and that’s saying something) and a healthy dose of whimsy and magic. And despite its inclusion of the Christian God and one of his angels, it’s really a movie about a far more Eastern concept: karma. The movie insists (and quite convincingly) that if you’re generally a good person, you’ll be generally all right.