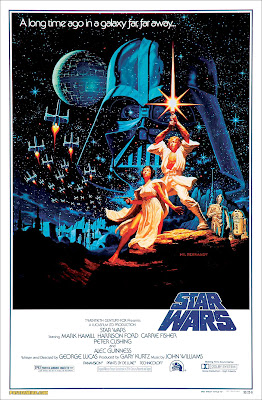 directed by George Lucas
Along with Jaws, Star Wars brought forth a permanent change in the face of American cinema, ushering in the era of the blockbuster. It tells an epic story set in a fascinatingly complete mythical world. Millions of fans have turned that mythology into a part of the worldwide collective consciousness. More than twenty-five years later, Star Wars is still earning new fans. Engaging characters, exotic locations, and eye-popping special effects set the bar for all science fiction movies to follow.