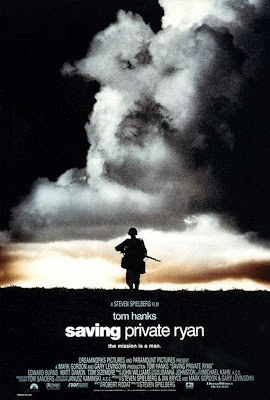 directed by Steven Spielberg
I’m not sure there will be a war-film that will top the first 25 minutes of Spielberg’s Saving Private Ryan. Or the last 25 minutes for that matter. And in between are long passages of character and discussion about the nature of war and its soldiers, beautifully told. The film could be criticized for using archetypes, if each character weren’t so well-conceived. Tom Hanks commands a group of men on a publicity mission to save one man. It sounds like something that would happen, whatever the factual basis for the film is. Hanks is brilliant as the captain, and Spielberg, who won Best Director for the film, shows that he is a master of visual, visceral story-telling. It’s easy to overlook popular films with popular actors, made by popular directors. In this case, it is earned. They’ve struck a deep chord, and people have responded.