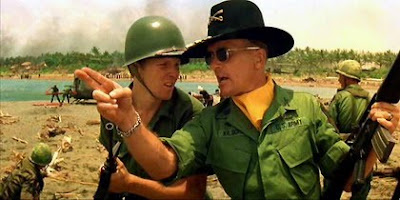 Given that he has relatively little screen time so early in a such a long movie, it speaks volumes that Lt. Col. Kilgore leaves such a mark on the audience. It doesn’t hurt that he gets to deliver one of the most quotable lines in film history.