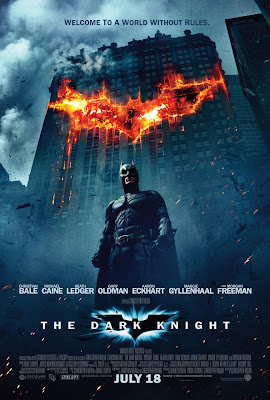 directed by Christopher Nolan
Seldom are beloved blockbusters so deeply philosophical as Christopher Nolan’s The Dark Knight. As Bruce Wayne continues his somewhat quixotic quest to rid Gotham City of crime, he finds that things are only getting worse, necessitating his involvement all the more. This, of course, creates a vicious cycle of crime and insanity, until we finally end up with the Joker, a villain with no motive beyond the total destruction of social norms and the exposition of societal hypocrisies. How can one defeat a nemesis whose crimes are more ideological than personally beneficial? This is the question that faces our hero, whose dedication to being a symbol seems to have stretched to symbolizing the United States itself.