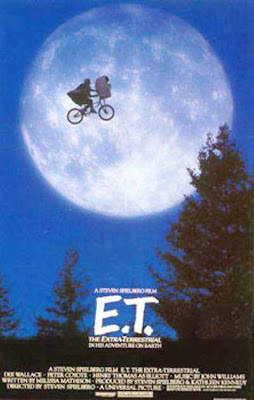 directed by Steven Spielberg
Maybe the most personal story ever told about alien visitation, everything about this “small” movie by Steven Spielberg is calculated to make you feel deeply. From soaring music to weeping children, it’s a masterpiece of manipulation, but you don’t care, because its core sincerity is palpable. The story of a lonely boy and the lost alien he befriends is a parable of accidental friendship that nudges itself eventually into salvation allegory. But inside the scenes of flying bicycles and spaceships beats a heart we recognize – the yearning to be accepted, the wonder of finding a soul mate in a crowded world, and the bittersweet pain of saying goodbye.