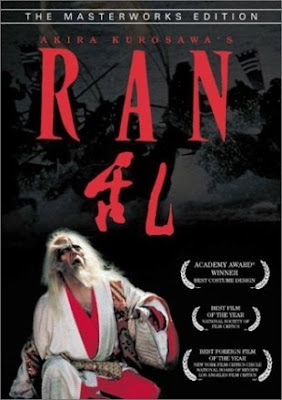 directed by Akira Kurosawa
Akira Kurosawa + Shakespeare = See this movie. Made in 1985, Ran contains some of the most stunningly photographed battle footage set to film. It transposes the tale of King Lear to Japan, as three brothers fight with each other and their father to take over the kingdom. Greed, Revenge, War, Family, Regret. The film is about Themes, with a capital “T.” Everything about it, in fact, is gorgeously epic.