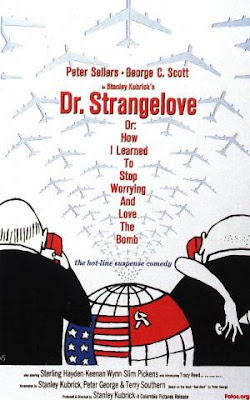 It takes a special kind of mind to look at the possibility of nuclear holocaust and see comedic potential. Stanley Kubrick’s attempt to make a serious film about the Cold War led him down an absurd path, ending in the eventual acceptance of the ridiculousness of the whole situation. His new vision was to get the world laughing at their own impending doom. That’s not an easy thing to do in a country that had just looked down the gun barrel. But, then, Kubrick was not the sort of director to only tackle easy films. His films were a challenge, both to himself and his audience. Thankfully for us, Dr. Strangelove had plenty of comedic sugar to help the medicine go down.