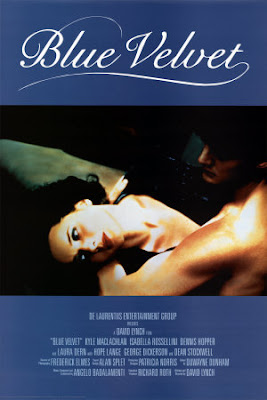 directed by David Lynch
Kyle MacLachlan is a great actor. He somehow manages to interestingly play the least interesting character in the universe. That’s by David Lynch’s design, of course, as Jeffrey Beaumont, the quintessential middle American good boy, is supposed to be nothing but an empty canvas onto which the rest of the movie’s cast splatter their crazy paint. And since Jeffrey is, in his nothingness, just as alien to us as Dennis Hopper’s Frank Booth, there’s hardly a foothold for the viewer, making Blue Velvet one of the most weird and disturbing movie-watching experiences you’ll ever have.