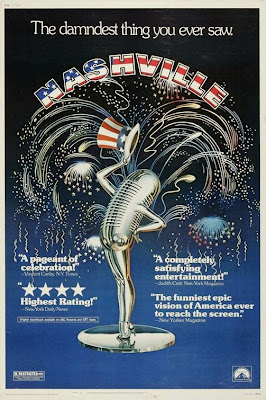 directed by Robert Altman
Robert Altman was always a politically-aware director. His hatred for Richard Nixon and the Vietnam War was well-established by the time he made his masterpiece, Nashville. In it, he tells the story of several characters- some famous, some not- over a particularly memorable weekend in the capitol of country music. With a perfect mix of cynicism and humor, Altman sends these characters hurtling towards a heartbreaking climax, his response to which could be viewed as either callous or hopeful. That was the fascinating thing about Altman; you never quite knew which way he was leaning.