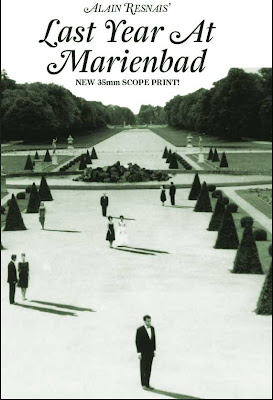 directed by Alain Resnais
Last Year at Marienbad is about two people whose relationship is incredibly complicated. That is, of course, assuming they have a relationship. We’re never really sure. Neither are they. Our protagonists’ memories are a little hazy and can’t quite recall where they’ve met before, or if they ever have. As their confusion folds back in on itself, we are led to question even the validity of time and space in this world. The characters seem to live in some sort of limbo, never really knowing where they are going, because they don’t know where they’ve been. Perhaps they are going to where they’ve already been, unless of course they haven’t been there. Or vice versa.