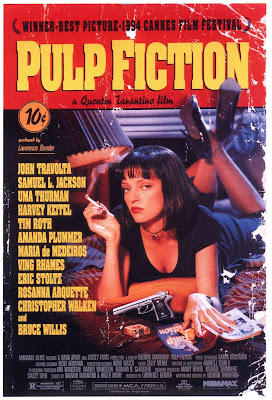 The Scorseses and the Spielbergs were the first generation of successful filmmakers to have graduated from film school and so they made movies that were more academic and referential than those that came before. Then along came the Coens and the Tarantinos, a generation of filmmakers to have been schooled on those films. And so we have movies that speak to the modern, pop-culture savvy, American mind wherein personal experience and the experiences within the stories we have consumed en masse are no longer separate. Pulp Fiction doesn’t operate like real life. It chugs along on cinematic logic. But for a generation of young adults who behave as if they’re in a movie anyway, it’s a validating and uplifting experience.