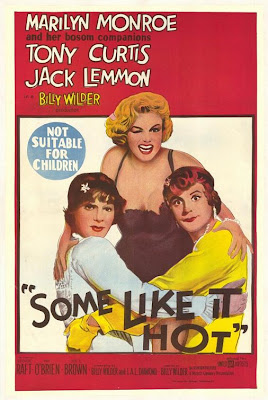 Billy Wilder and I.A.L. Diamond were one of Hollywood’s finest writing teams. In Some Like it Hot they crafted some of their best one-liners and some of their wackiest situations. Jack Lemmon and Tony Curtis are a perfect pair of misfits, trying to escape the mob by disguising themselves as women. It’s a madcap comedy of errors with a memorable performance from Marilyn Monroe and a surging comeback for aging comedian Joe E. Brown – “nobody’s perfect.”