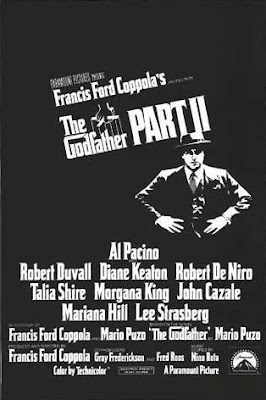 Not being content to simply have made one of the most quintessential films about family in America, Francis Ford Coppola decided to follow it up with one of the greatest films about America itself to ever be produced. Mafia movies have always been about the dark side of the American dream but Coppola seems to suggest that that side is the true side. The film cuts back and forth between Vito Corleone’s rise to the top as a young man, strictly at a local level, and his son Michael’s increasing power on a national scale as he aligns himself with the most treacherous organized crime unit of the 20th century, big business. America is about getting ahead of the other guy and, sadly, this is often how it happens.