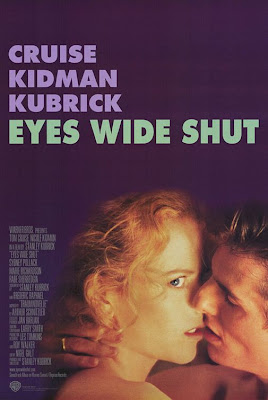 Stanley Kubrick’s final film, Eyes Wide Shut cannot escape its own controversy. Kubrick’s death before the film was released. Then-couple Tom Cruise and Nicole Kidman’s involvement and the possible effect on their marriage. Its level of sexual content. The studio’s decision to distort certain images to avoid an NC-17 rating. Yet, because the film itself is so mysterious, this information seems to enhance the film’s appeal. We Kidman divulges a hurtful, sexual secret to Cruise (they’re married in the film as well), we follow Cruise into an underworld of high-profile, costumed sex-parties, as he seeks to cope with the weight of his wife’s secret by making an even bigger mistake. Containing numerous mesmerizing set-pieces and filled with sexual intrigue and paranoia, this is absolutely Stanley Kurbrick’s film.