A Tale of the Human Spirit, by Daniel Bergamini 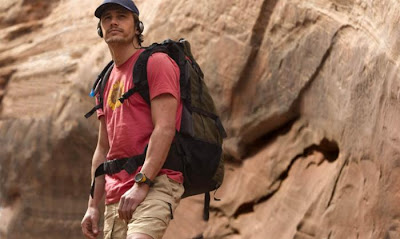 British director Danny Boyle has made a career of making films that center around men pushed to their absolute limits. 127 Hours, his latest film, is no different. It tells the true story of Aron Ralston, the mountaineer who famously was forced to cut his own arm off to save his life. What makes 127 Hours such a cinematic accomplishment is Boyle’s ability to focus on the strength of the human spirit without ever getting sentimental.

Much noise was made about how difficult the film was to watch and sit through, amid stories of people fainting during screenings. After seeing the film with an audience, it is hard to believe these stories are true. The film is not the difficult, punishing piece of work that it was made out to be. In fact, I would go so far as to say it is one of the most entertaining films of the year. That may sound like Boyle has done a disservice to the material and to Ralston’s horrible ordeal, however it is just the opposite.
The film opens with a kinetic energy that is strangely refreshing and shocking, as you do not expect it from a film of this nature. Boyle and his team of two directors of photography- Enrique Chediak and Anthony Dod Mantle- do a fantastic job of placing you in this beautiful but isolated place. It is the combination of editing, stylistic choices, and James Franco’s performance that put us in the same mindset that Ralston was in before the incident occurred, and this pushes the film from good to great.
In an interview, Boyle talked about how his interpretation of Ralston’s book was not that Ralston was a hero, but rather survived an ordeal by doing what anyone else would have to do. This interpretation is quite obvious in the film, as Franco’s Ralston is not heroic, but survives by seeing the possibilities his life will have. Almost every one of Boyle’s films have men who are pushed to their limits, and these films always leave you feeling inspired. It is not sentimentality or inappropriately joyful scenes, but rather Boyle’s ability to find the strength of the human spirit within characters and situations.
127 Hours is one of those rare films that will leave an audience in their seats long into the credits as the essence of the film washes over them: a combination of energy, horror and inspiration.
Of course, we all know how the film will end, and what Aron must do in order to live longer than just a few more days, however it does not make the impact of the amputation scene or the rescue any less powerful.
The amputation scene, which is the thing that has garnered the film the most attention, is truly horrifying and punishing, however that is just one scene in a beautiful film. The scene may live in infamy, but I hope that people move past it and are willing to see this inspiring and beautiful film.
Certainly come Oscar season, the film will not enjoy the kind of success of Boyle’s previous effort Slumdog Millionaire, however, in many ways, this film is far more deserving.
It takes a truly special director to come from such a surprise blockbuster as Millionaire and decide to make something so small. 127 Hours is no doubt one of the best films of the year, not to mention of Franco’s and Boyle’s.