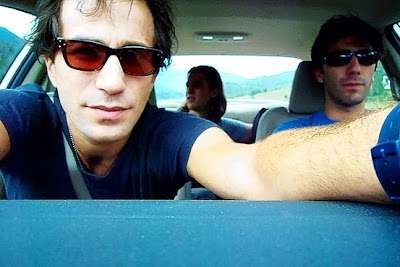 Every year a handful of films generate so much buzz it is nearly impossible to view them without impossibly high expectations. Ariel Schulman and Henry Joost’s documentary Catfish is undeniably one of those films.


The film follows Nev Schulman as a relationship starts between him and a family he meets on Facebook. Documented by his brother Ariel and partner Henry, they capture what starts out as a potential documentary about a child prodigy that turns into a doc about an online romance and then shifts gears into something entirely different.
Following its successful Sundance run, Catfish became both the most talked about film, and the film with the least information available about it. This buzz and lack of information created fantastic hype and expectations–something marketing departments can only dream of.
While the film did not disappoint it also did not exceed expectations. While it may be unfair to judge a film on its marketing, it was also difficult to not feel slightly betrayed by the misleading trailers.
Without spoiling anything, the issue of whether or not the film is fact or fiction must be addressed. Speculation has been rampant that the film was at least in part fictionalized. It is something I tried to ignore almost the entire showing. It appears that the film is not fake, or at least not entirely. The people are real, but how much the documentary filmmakers knew beforehand of what they would find out later is still up in the air. That being said, no matter how hard a documentary tries to remain true to the facts,  the simple process of editing will mean that a certain amount of subjectivity will be injected into the final product.
It is hard to know for certain whether part of Catfish is fake but for certain major aspects are real, that being the emotions. Nev is a great naive, central character, one who we can all relate with, or at least sympathize with. For that reason the film is both heartbreaking and unnerving. It makes you re-think social networking as well as the way relationships are developed online. Strangely enough, the film shares several thematic details with David Fincher’s The Social Network. In some ways it is more relevant to our times than Fincher’s film, as this is a truly modern story.
While the film is well shot, use of low grade digital cameras in parts can become annoying. The film is short and never dull. That being said, the film starts off briskly and has a fast pace up until the reveal, slowing the film down considerably. This is not so much a major problem, but is rather distracting.
The film needs to give much more time on the subject matter of the second half, as it is the emotional core of the film. By doing this, however, the filmmakers have two halves of a film with very different feel and pacing.
Catfish may not be a film I will want to revisit often, but it is a great experience the first time around. To me, whether or not the film is entirely factual doesn’t really matter. It is still a fascinating character study.
And the only reason I would not want to see it again is the twist; so effective that it left me squirming in my seat.