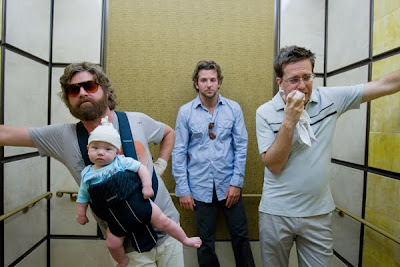 I hate when people compare comedy to music. Comedy is terrifying and musicianship is really hard work, just to name a couple of ways in which they differ. Saying one art form is like another art form is just an easy way to sound insightful. That said, let me tell you how comedy is like music.

No one ever says, “I like music” or “I’m a fan of music.” That’s simply too broad. It’s understood by everyone that music is broken down into genres and being a fan of one doesn’t necessarily make you a fan of any other. But, then again, no one’s really a fan of just one genre of music, except for some punk rockers and they’re just obnoxious. Comedy is the same way. Clearly, the Marx brothers don’t have a lot in common with Tim & Eric, other than that they’re both funny. Plenty of Marx brothers fans would be annoyed by Tim & Eric and plenty of Tim & Eric fans would be bored with the Marx brothers.

I’ve been thinking a lot about these distinctions this years whenever I try to decide what the funniest movie of 2009 is. The more disparate the genres, or sub-genres, of comedy, the harder they are to compare. The fact that my three favorite comedies of this year seem to take place in completely different universes makes it hard to come to a pat conclusion.

The Hangover is a movie that manages to push the boundaries of taste while still being smart and inventive. In the Loop treads an intellectual line of absurdity by playing to our very real fears about our leaders and their wars. Cloudy with a Chance of Meatballs is pure, inspired silliness designed to make both children and stoners alike giggle uncontrollably. (If we’re going by laff-o-meter alone, Cloudy is the clear winner).

Last year, there was only one movie that had enough laughs and artistry, in equal measure, to be named the best comedy of the year (Role Models, of course). This year, it’s a much harder decision. Which is a pretty great problem to have.