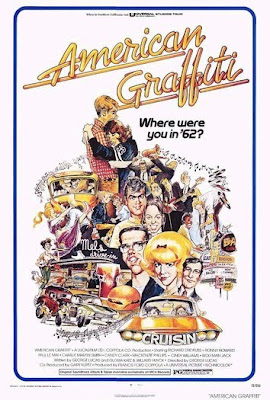 Before he become known as the creator (and, arguably, the destroyer) of the Star Wars series, George Lucas directed this wonderful little slice of life.  With American Graffiti, Lucas managed to pull off what few other directors could; he presented a loving, nostalgic look back at the “good ol’ days” of American, without getting overly sappy about it.  The characters in this film may be archetypes, but they are three dimensional archetypes.  They are fun to spend time with, but we also see deep flaws in them.  Unlike the characters in similar films, these people feel like they could actually exist in real life, instead of the imagination of an overly-sentimental director.  Lucas manages to humanize these characters by positing that, though they may be living in ’62, their problems are timeless.