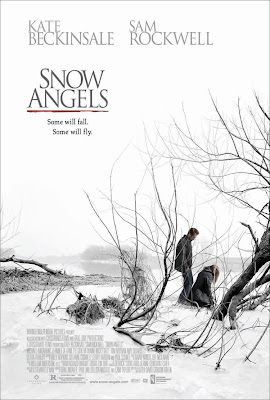 SNOW ANGELS (2007)
Before David Gordon Green became the go to guy for violent pot comedies, he was a Malick-ian independent filmmaker with an eye for naturalistic dialogue and beautiful scenery. While I certainly have nothing against Pineapple Express or his very promising upcoming Your Highness and The Sitter, his dramas were quite spectacular. Snow Angels, his fourth film is his most mature film yet. Showcasing the different stages of relationships, Green provides us a beautiful, yet tragic slice of life in a northern rural town. Even with the strong cast that included Kate Beckinsale and Sam Rockwell, the film did not receive the release it deserved. Released the same year as his first foray into Hollywood, Pineapple Express, this film only received a fraction of the attention it deserved. It is one that any fan of Green’s, or even dramas in general, should seek out.