Movie Recommendation- The Taking of Pelham 123 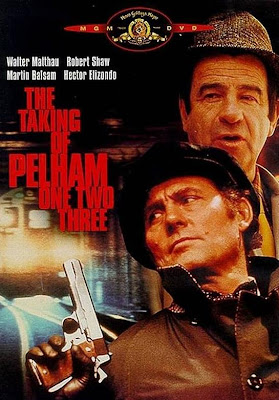 If you’re like me, you’ve seen the trailer for the new Tony Scott film The Taking of Pelham 123 and thought to yourself, “Boy, that movie sure does look like every other movie ever made ever.” In a recent Esquire article, the writer discusses how the original film, directed by Joseph Sargent, failed to thrill him; the new film is so much more exciting! While one could argue that the original film lacks the breakneck speed that audiences have come to expect from a modern thriller, it more than makes up for it in strong, original characters. The story involves the hijacking of a New York subway car, in which a handful of murderers and thieves hold the passengers hostage for one million dollars. The lead hijacker, played by Robert Shaw in an icy performance that could have inspired Hans Gruber in Die Hard, interacts with a bored, world-weary transit official, played by Walter Matthau, who does everything he can to keep the situation from escalating. Casting Matthau as the hero in a thriller is a stroke of genius; one that Tony Scott could have repeated by casting Paul Giamatti or Philip Seymour Hoffman. But, no, Scott chooses to cast Denzel Washington, an actor who, strong performer though he may be, could never be passed off as “just a guy.” Every quirky, idiosyncratic decision that Sargent makes- from the comically inept public officials to the sympathetic Martin Balsam as one of the hijackers- seems to have been discarded in favor of making a film that echoes Swordfish, Gone in 60 Seconds, Con Air, or any other slam-bang action thriller of the last ten years. Do yourself a favor: instead of watching the new Taking of Pelham 123, seek out the original. It may not be very “thrilling,” but it’s certainly more rewarding.