See the Right One First, by David Bax 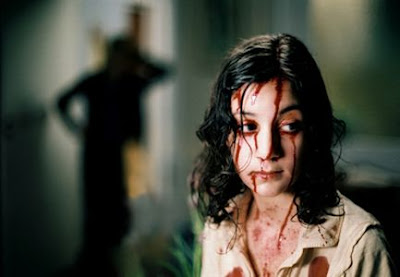 We film snobs have a tendency to be dismiss remakes out of hand. This reaction is far from surprising coming from an academic fan community, as purism is often our raison d’etre. But we shouldn’t always be so quick to judge. James Mangold’s 3:10 to Yuma was respectful toward the original while updating its style and themes to reflect the attitudes of the modern world and of its filmmaker. That aside, I am in no way optimistic about the already announced remake of Swedish vampire flick Let the Right One In. The original is gorgeous and perfect, and it also seems strangely tied to the Scandinavian setting and its harsh winter weather. The remake, to be directed by Cloverfield’s Matt Reeves so soon after the release of the original, is clearly a cash grab. It’s the outcome of the mindset that, if a movie is this popular in Swedish, it will be huge in English. Does Matt Reeves have anything personal to say with this story? Probably not. I may not be completely convinced it’s going to suck. Certainly, American remakes of recent foreign horror movies have occasionally been good before. I’m thinking here of The Ring and Quarantine. But I’m starting from a position of skepticism. Which, as film snobs, is exactly what we all should be doing in these situations.

Tags: battleship pretensionbpdavid baxlet me inlet the right one inpodcast