Snakes on a Midnight Meat Train, by David Bax 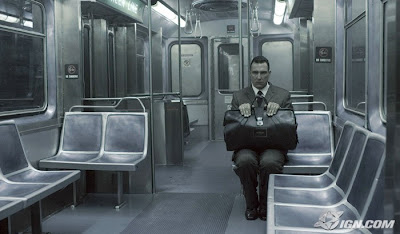 A cult film requires a gestation period to be born. Sometimes all that is required is the time it takes a film to move from theaters to home video, as with Office Space or, arguably, The Doom Generation. Other times, a film has to wait to be discovered by another generation, as with, say, Harold and Maude. But cult films are almost never cult films right off the bat.

It is largely thanks to the above-mentioned home video phenomenon that movie studios have come to realize that there is money to be milked yet from their cult titles. Look no further than the multitudinous versions of Evil Dead or The Big Lebowski that have been released on DVD, each promising more goodies to feed the cult than the previous one. And, as far as that goes, bully for the studios. If people feel the need to keep laying down cash, time and time again, then let them at it.

The trouble with the studios, the trouble that always exists with the studios, is that they’ve gotten greedy and, in their greed, they’ve gotten far too eager. They want to dictate to us what our cult films will be, not realizing or caring that antipathy toward the studios is usually what spurs the cult audience on in the first place. Donnie Darko was well on its way to cult status until its distributors began to insist that it was already there, practically begging us to host late night screenings of its flashy director’s cut DVD. And, of course, no one reading this is unfamiliar with the embarrassing plight of Snakes on a Plane.

We support cult films because we’re afraid no one else will, not because the studio wants us to. That is exactly what has happened with The Midnight Meat Train. As an unfortunate byproduct of regime change at Lionsgate, Meat Train was pushed from its original release date and eventually only released in second-run theaters, with a quick rush to DVD planned. But, thanks to the efforts of people like those at www.bloody-disgusting.com, word of mouth and support grew, leading to midnight screenings followed by director Q and A’s that felt more like furtive meetings of a secret resistance force than anything else, if the one I attended at the Nuart is any indication.

Now, Lionsgate is faced with a choice. They can allow this film to grow on its own by releasing an under-publicized, no-frills DVD as they likely planned. Or they can put up ads on the MySpace homepage and release a two-disc, unrated version. If they follow the first path, in about ten years, they’ll begin to realize a steady stream of revenue from a once-forgotten film. If they do the latter, they’ll make a quick buck, and little more, from another flash-in-the-pan flick with a nice blurb from Harry Knowles on the back cover.