The Jungle Book: The Deep, Dark Woods, by Tyler Smith 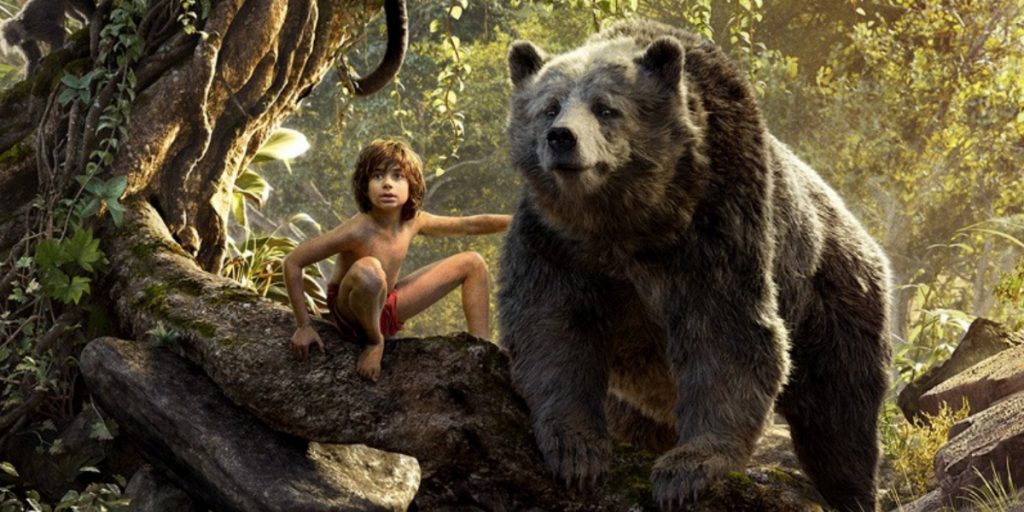 With its wonderful 2015 retelling of Cinderella, Disney kicked off a new phase in their filmmaking that is at once exciting and daunting. By remaking their popular animated features as live-action films with a modern twist, the company must walk a fine line between paying appropriate homage to the classic films while still adding in enough new material (whether it be content, tone, or thematic elements) to justify them being remade. Cinderella did this beautifully, as director Kenneth Branagh tapped into his theatrical sensibilities to create an extravagant, fantastical world that still retained a complex humanity underneath. The simplistic characters we grew up with were allowed to have deeper emotions and desires, making the film seem like a more adult extension of the original, rather than an attempt to cash in on a well-known property. With their new reimagining of their classic The Jungle Book, Disney has crafted a film that is gorgeous and enveloping. Unfortunately, the new, darker story beats that are added are often negated by the obviously-obligatory incorporation of certain elements from the original that have no business being in this film.

The familiar story of a young boy raised by wolves in the jungle is still here. As the boy, Mowgli, gets older, his presence in the jungle comes to the attention of Shere Khan, a brutal tiger who rules the land through fear and intimidation. When it becomes clear that Mowgli cannot stay in the jungle, he is escorted to the nearby “man village” by Bagheera, the sympathetic panther who first found him as a baby. And along the way, Mowgli encounters various other animals, such as Baloo the bear and King Louie the ape.

The episodic nature of Mowgli’s adventures serves the film well, as each new part of the jungle he stumbles into allows director Jon Favreau, cinematographer Bill Pope, and the various art directors and animators to craft a lush new environment to dazzle and mystify the audience. This is a visual film first and foremost, and it does not disappoint. Whether we see Mowgli swinging through the trees or floating down the river, the camera is alive and active, like the jungle itself. The vines and dense foliage of this world can in one scene be beautiful and serene, while in another overwhelming and suffocating, depending on the events taking place. The otherworldly nature of Favreau’s jungle is both transporting and very dangerous.

So many of these scenes are a function of the characters in them. As Mowgli first encounters Kaa, the python that seems to stretch for miles, he is high up in the branches of an enormous tree. These leaves and branches obscure the sunlight, and a layer of fog keeps us from seeing too far in any direction. We squint to see what’s going on, and soon come to realize that much of the trees we’re seeing is in fact one more part of the gigantic snake about to wrap Mowgli up in its coils. It is an appropriately hypnotic scene, as the snake slowly, seductively moves in for the kill. In the midst of a delightful family film, the threat is as palpable as that of a horror film.

The same can be said of the King Louie scene, in which Mowgli is dragged by an army of monkeys into a city of crumbling ruins and brought before a giant ape, who remains ominously in shadow. Gone is the fun-loving voice of Louis Prima, replaced instead by a distant, threatening Christopher Walken, whose cold inquiries owe much more to Colonel Kurtz than they do any delightful kid’s film. And once Baloo and Bagheera show up to save Mowgli, the wrath of Louie comes down and we are treated to a terrifying scene of young Mowgli stalked in the catacombs-like rooms of the ancient ruins by the seemingly-murderous giant ape.

It seems odd that such an unnerving scene would come so shortly after the obviously-malevolent Louie sings a lively rendition of “I Wan’na Be Like You”. This is the catchy tune that Louie sings in the original film, and its inclusion in this version is terribly ill-advised. As is the abrupt addition of Baloo’s song, “The Bare Necessities.” These brief musical interludes might as well have grabbed me by my neck and threw me violently back in my seat, so thoroughly do they take me out of the carefully-crafted world of the film. Jon Favreau may not be the most nuanced of directors, but he knows better than this. So much so that I have to assume that this was a decision made by the studio. These two songs are particularly popular, so I’m sure it seemed wrong to the Disney executives to exclude them.

And so they handed Favreau a shoehorn and insisted he make them fit.

It’s enough to make one wonder if the Disney people actually wanted the darker, more threatening Jungle Book that Favreau was making, or would have preferred something a little lighter and safer. While I applaud the freedom given to the filmmakers to add their own perspective on the events (with particular acknowledgement towards the film’s exploration of the separation of man and animal), I am deeply frustrated with the decision to include these elements from the original. It isn’t a fatal decision, but it certainly knocks the movie down a couple of pegs. Because, in those moments, the cynicism that I naturally have when I approach remakes can’t be pushed aside; I can see the studio calculations, and the effort that went into creating a real film melts away.

In the end, though, the film is a visual marvel; an enveloping theatrical experience that both children and adults can enjoy. If Cinderella and now The Jungle Book are indicative of what we can expect from these live-action Disney remakes, I find myself excited to see what will come next.