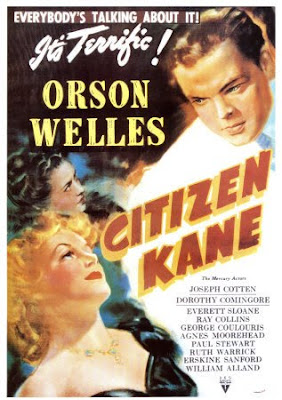 It’s no surprise to anybody that Orson Welles’ cinematic masterpiece would take the top spot on this list. Citizen Kane has long been considered the best movie ever made, to the point that it is almost a foregone conclusion. But, when one actually takes the time to consider the film and all its complexities, one finds a film that is visually striking, to be sure, but also deeply personal. In Charles Foster Kane, Welles creates a character and story that is the epitome of American capitalism, both its successes and failures. It is strange that a film can represent so much and yet remain so specific.

Citizen Kane may have revolutionized filmmaking, but that isn’t the chief reason as to why it tops this list (one need only note the lack of Birth of a Nation to put that argument to rest). Technical achievements only take a film so far when the film isn’t emotionally and intellectually engaging.

Citizen Kane is that rare film that is visually gorgeous- a feast for the eyes and ears- but uses its themes and characters to keep its audience truly engaged and invested. It may seem to some that giving Kane the top spot is a bit of a cop-out. To those people, we can only recommend that they revisit the film. The idea of Citizen Kane as best film ever has long since supplanted the film itself, to the point that people will watch it with arms folded, daring the film to amaze them. With that attitude, one will only be disappointed. While the film truly is amazing, it was never meant to amaze. It was meant to make its audience think and feel.
And, if you truly allow it to do so, Citizen Kane will never disappoint you.