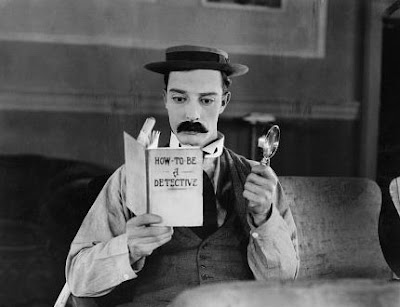 Buster Keaton plays two roles in Sherlock Jr. The first is an inept film projectionist, whose attempts at romance are completely informed by the movies he exhibits. The second role is that of Sherlock Jr., the brilliant detective that our projectionist becomes when he jumps into the movie screen. In the guise of amazing physical comedy, Buster Keaton managed to create a film and character that pokes fun at how the world of film informs our everyday lives.