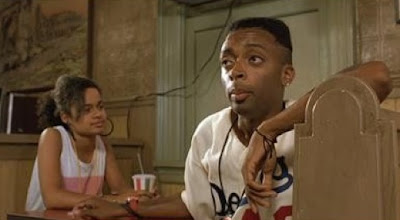 played by Spike Lee in Do The Right Thing

Spike Lee’s theme may have been summed up by the two quotes at the end of the film, for and against violent protest. But, given Spike Lee’s character, Mookie, he might not have needed them. Mookie is a nice, thoughtful guy who eventually acts out. Those quotes at the end simply there to spur you into wondering whether or not it was justified. Justified or not, thanks to the portrayal of Mookie, it was honest.