I’m continuing my attempt to catch up on the past year’s “must-see” movies that I managed to not see, so there’s no old movies or undiscovered gems here.  Those will come later in the year but these posts will be fewer and further between then because television will have roared back to life and begun to dominate mine. 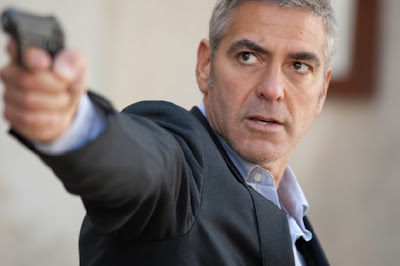 The American
This one was a very pleasant surprise.  As much as I had loved Anton Corbijn’s previous feature, Control, I had failed to make The American a priority.  What a shame.  It’s a thriller about a hitman but it’s also unabashedly “arty,” deliberate and precise and using stillness and a largely opaque protagonist to illustrate existential crisis.  In other words, it’s exactly what your mainstream movie-going friends think all art films are like.

It takes a real craftsman to make a film with such little inertia not only work but be compelling.  The trick is to make the film that only looks like it has a lack of momentum from the outside.  Once you’re in it and you understand what the story is really about – a man deciding whether to come to terms with his sins or to keep running away from them – it’s almost impossible not to get caught up in it.

The aforementioned craftsmanship is heavily on display but it is also reflected in the actions of the lead character.  The meticulously pieced-together film is mirrored in the custom rifle the hitman spends most of the movie painstakingly perfecting.  When he’s finished, the gun balances on its fulcrum with no hands to hold it, an artisanal wonder in its own right, with no regards to its purpose.  That’s what Corbijn has built as well: a film that gets its thematic job done but can be left untouched and will still be beautiful years from now. 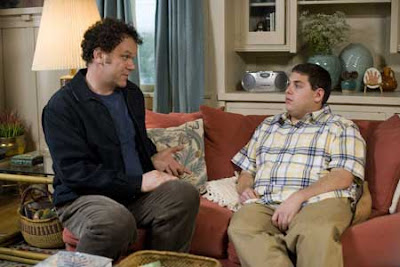 Directors Jay and Mark Duplass will forever be tied to mumblecore, a made-up word for a made-up film movement.  But apart from their arthouse-slacker pedigree, they’re also a seriously funny couple of guys.  Mark Duplass, for example, is a part of the ensemble of FX’s “The League,” a show which puts him up against Nick Kroll, Paul Scheer and rotating list of other alt-comedy/improv hot shot guest stars.  So, he’s got his bona fides, which are very much on display in Cyrus.

The Duplass’ cast is populated with Apatow veterans John C. Reilly, Jonah Hill, Catherine Keener and Upright Citizens Brigade co-founder Matt Walsh, along with Marisa Tomei, who was in My Cousin Vinny, for Christ’s sake.  So any fear that this is going to be a whiny, emotional indie can and should be dashed by the end of the opening titles.

While Cyrus is ultimately a very slight film, it does manage, at times, to outdo the previously named reigning champ of film comedy.  Judd Apatow has increasingly wandered into James L. Brooks territory and with a success rate closer to recent Brooks than classic Brooks.  The mix of pathos with real comedy is hard to pull off without coming across as sappy and condescending.  When Cyrus is hitting all its marks, it’s devastatingly insightful about the ways we can be self-destructive when loneliness and desperation overpower common sense. 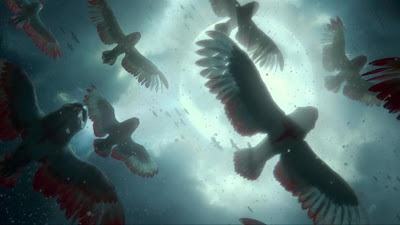 Legend of the Guardians: The Owls of Ga’Hool

Let me first state that when I heard Zack Snyder was making an animated movie with the hilariously unwieldy title Legend of the Guardians: The Owls of Ga’Hoole, I immediately came to the conclusion that there would be nothing in it for me.  Then I started to hear murmurs.  Word started to trickle out that “It’s actually not that bad” and that I would “be surprised.”

To the people who told me those things: I don’t know whether to hug you or offer you a knuckle sandwich.

Legend of the Guardians: The Owls of Ga’Hoole is a fucking stupid and terrible movie that I was excited to keep watching because it quickly became delightful to marvel at each new fold of craziness in the fabric of the film.  People often jokingly wonder aloud after seeing an awful movie, “How did this get made?”  But I honestly feel the need to ask that question here.  How did a studio decide to pony up the dough for something this bizarre?  This is the rare example of a film that likely could have benefited from a little more executive interference.  Someone needed to step in and say, “People aren’t gonna think it’s cool when you show owls learning to be blacksmiths.  People are, in fact, going to laugh at it.”

That sequence, by the way, is set against an annoying piece of flat, pop music trash by a band called – and I am not kidding – Owl City.  And that’s far from the last piece of comedic treasure the film has to offer.

The characters in this movie (the owls, let’s not forget) are almost constantly giving each other impassioned and heartfelt speeches about what’s in their heart and how they should follow their heart.  Except they don’t use the word heart.  They seriously say gizzard, repeatedly and with a straight owl-face.  This doesn’t become part of the tapestry but grows more and more laughably jarring with each usage (which is roughly every 90 seconds of screen time).

And it would be hard, in type, to adequately describe the flat-out most fucked up thing that occurs in Legend of the Guardians: The Owls of Ga’Hoole.  Okay.  In real life, owls eat a mouse or the like and then, after digesting the parts they need, regurgitate a sticky, wet and condensed pellet of fur and bones.  This fact of owl life is perfectly natural and perfectly disgusting, certainly a detail you would leave out if you wanted to anthropomorphize a creature.  Not only does Snyder stage the regurgitation of a pellet in detail, he does it using the most adorable baby owl in the whole film.  And then everything gathers around the pellet, beaming proudly.  And then pellets become, like, a freaking plot point.

I normally wouldn’t recommend a film as bad as this to anyone but it really has to be seen to be believed. 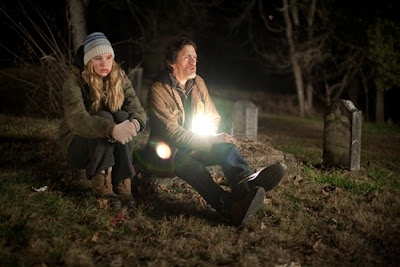 This is the first full movie I’ve watched on Bluray since getting my player for Christmas and I’m tempted to write solely about the fact that John Hawkes’ whiskers were practically in my living room with me and the glare of the sun off the hoods of pickup trucks lit up my whole apartment.

Instead, though, I’ll just write about what a great movie Winter’s Bone is.  Like The American, it’s an artfully diluted take on the thriller genre, this time filtered through the lens of director Debra Granik and cinematographer Michael McDonough’s anti-travelogue of southwestern Missouri.

There’s a startling attention to detail that not only wraps us up in the place but clues us in to the mindset and the way of life of the rural poor.  There’s detritus crowding every frame, piles of stuff that can’t be let go of because you never know when you’ll need it and you won’t be able to afford another one if you do.  Everything is worn, used, stained.  The trucks, however, gleam like they just came off the lot.

This gathering of things toward you is also a metaphor for the way the citizens of these hills treat one another.  These people are mine and those people are yours and everybody had better know their place.  Just as in the Coen’s recent True Grit, a life lived out on the edge of options leaves very little room for morality and sympathy.  There is survival and then there is everything else.

Few places and few ways of life are a better setting for a noir detective story.  Jennifer Lawrence, in her breathtaking portrayal of Ree, is hard-nosed, stubborn and committed to her search like the best gumshoes but with a need and a purpose that Marlowe and Spade had the luxury of investigating without.  The stoic, creased and gruff men she contends with hide behind their beards the way urban noir underworld villains hide in the shadows.  Ree is not pistol-whipped but beaten with a coffee mug that has likely resided in the same cupboard since someone’s grandmother bought it decades ago.

Winter’s Bone crackles with sharp and evocative dialogue.  It creeps into your body with its danger and paranoia.  It all slouches toward an ending that is neither happy nor sad but suggests that, like life among these ignored denizens of the beautiful inner America, things will simply go on, for better or worse.