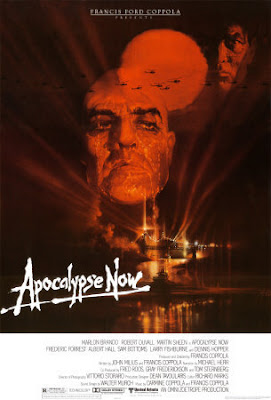 directed by Francis Ford Coppola
The strange thing about war is that, even when you’re doing everything right, you’re still doing something inherently wrong. Faced with this absurd truth, an Army Colonel goes insane. The Army gets worried, so they send somebody to kill him. The thing is, anybody qualified to go after this man would have to have seen many of the same things and, thus, could be just as likely to go insane at any moment. And, completing this crazy triangle, anybody desiring to tell the story of these two men has to be a little insane himself. Such is the affect of Apocalypse Now. Its horrifying look into the darker side of humanity is so powerful, nobody is safe. Not the characters, not the storyteller, and certainly not the audience. Like war itself, this film will haunt you forever.