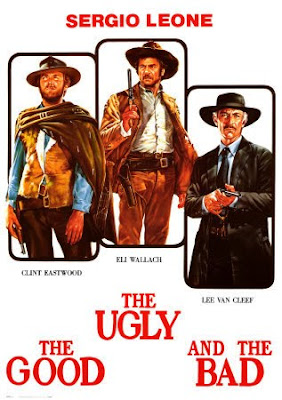 directed by Sergio Leone
Sergio Leone’s “Man With No Name” trilogy is the ultimate genre reboot. While other western directors were content to live or die within expected conventions (some, of course, achieving masterpieces within them), it took an Italian renegade working on his own terms to create an entirely new set of expectations. In this, the third of three films, former uneasy partners in crime, then spiteful enemies, Clint Eastwood and Eli Wallach are forced to work together against sin-black Lee Van Cleef to find a lifetime stash of hidden cavalry gold. The visual and aural gut punch of Leone’s entertainment has not diminished, and by themselves, they would be enough to remember the film. But it’s the placement of their comparatively petty goal against the anguished, melancholy backdrop of the Civil War that makes the film great. Part of the unrelenting energy of the film is its refusal to allow the main characters to seem more important than their times.