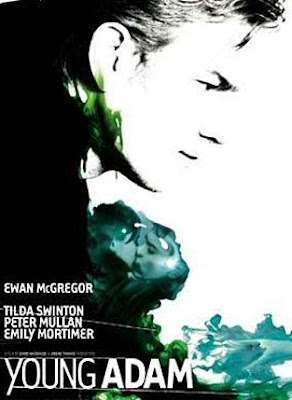 The sad truth about Ewan McGregor is that he seems to be taken in by his own charm and good looks. He’s drawn to roles where to gets to show off, to preen, to undress. Often, these tendencies overshadow the fact that he can actually act. But sometimes the lotharios he plays end up in really good movies. And that’s certainly the case with David Mackenzie’s Young Adam, in which McGregor plays a man named Joe Taylor (no one in the film is named Adam) who only seems comfortable in life when he’s been fucking someone he probably shouldn’t be. The movie starts when Joe takes a job aboard a river barge otherwise staffed by a man and his wife. Then they discover the body of a young woman floating in the water. I won’t tell you what happens but I will tell you that the man, his wife and the body are played by Peter Mullan, Tilda Swinton and Emily Mortimer. With company like that, it’s no wonder McGregor brought his A Game for this one.